Hit enter to search or ESC to close
Blog

HOW MUCH DOES THE AMBULANCE COST? 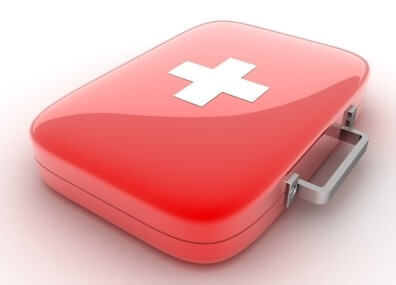 Here is a letter about a true story from one of our clients to remind us to avoid the ambulance if it’s not necessary. This is especially important if you have a high deductible health plan.

One afternoon day last December, our 5 year old son complained of not feeling well. Within a few hours he spiked a high fever and had a frightening seizure that lasted nearly 5 minutes. He has never had a seizure before or since, so naturally, this was a very scary and unexpected moment. My wife frantically tried to call me when it happened, but I was on a phone call at work and I missed her call. When I saw she was trying to call me a second time, I knew there was an emergency and quickly hung up and tried to call her back, but she didn’t answer. Not knowing what was going on, I decided to go home right away.

.
What happened next was every parent’s nightmare.
.
I turned the corner on my street to see several emergency vehicles with flashing lights parked in front of my home. Panic stricken, I quickly sprinted into my house to see at least 10 men in uniform surrounding my wife and son. One of the men quickly reassured me my son was okay, but they suspected he had had a febrile seizure caused by the high fever. Gratefully, when my wife couldn’t reach me, she had called 911 and emergency responders had arrived quickly to attend to my son.
.
One of the paramedics talked me through what had happened. Even though my son was stable, they wanted to know if we wanted him to go to the hospital to have some testing done to rule any other things out. What sold me on this proposition was when he said “if it were my son, I would.” Being completely flustered and in the heat of the moment, I didn’t hesitate and said yes, let’s get him to the hospital and have him tested to see what’s caused this. Before I could give it a second thought, my wife and son were whisked out of the house; I didn’t even make it to the front door before the ambulance had left with them inside.
.
I’m so very grateful and thankful that the tests done on my son all came back negative and that he’s doing well today. I owe a big thank-you to the Fire Department and others for responding quickly to our emergency. They were and remain heroes in my eyes. Thank you. I realize that what started out as a nightmare ended with many blessings and miracles of which I could go into more detail. Not all stories end happily like mine has. My heart aches for any parent that sees a child suffer to any degree, and certainly I have more empathy for those parents now more than ever.
.
However, the context for me sharing this story is to hopefully help someone not make the same mistake I did. If you or a family member has a medical emergency, of course, please call 911. And by all means, ride the ambulance to the ER if there is a life-threatening emergency. But if the paramedics determine the patient is stable and would still recommend that patient go to the hospital, don’t accept an ambulance ride: drive the patient to the ER yourself, especially if you live close. I found out the hard way that the base rate for an ambulance ride, (which I found is state regulated), is $1,490 in the state of Utah. For those like me who have high deductible insurance, this is the Allowed Amount and your insurance will not lower that cost.
.
As a parent, of course I would do anything and spend whatever the cost to ensure the safety and health of my children. I don’t share this story to say “woe is me I wasn’t smart and now I have to pay for an ambulance ride.” But I do think a spotlight needs to be shone on the dysfunctional medical billing system in this country. In non life-threatening medical situations—for tests, surgeries, ambulance rides, you name it—costs should be disclosed beforehand like every other thing we purchase in life! In my case, I think it would be nice to see a change in procedure or law where a paramedic responding to a stable child, who recommends that child go to the hospital, be required to disclose the state rate for an ambulance ride and give that parent a more clear, informed choice.
.
Then that parent need not panic a second time a month later when they open the bill.
____________________________________________________________________
.
Please let us know if we can help in any way.
See the Utah State rate document below. 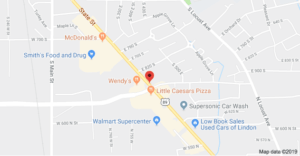